Skip to the content
Home > Insurance Blog > Wrecked to New in Ten Days!

Wrecked to New in Ten Days!

Posted by Donius Patterson Insurance on May 13, 2015

I was driving from my office to pick-up my son from school on a sunny, clear Thursday.  Traffic on the interstate stopped abruptly at Arundel Mills in the usual location.  I was last in line.  The cars approaching in my rear view mirror caught my attention, as I waited to get moving again.  A large SUV was cresting the hill behind me.  I could see that the stopped traffic caught the driver by surprise, as the front of the vehicle dove under heavy braking.  “Is this guy going to stop,” I thought, as I lifted my foot from the brake to hit the gas and get out of the way.  Suddenly, the SUV swerved to the next lane, leaving the driver behind him utterly unprepared for the stopped traffic ahead.  He slammed his brakes and swerved to miss the back of my car, as I mashed the gas to move out of the way.  His car collided with mine at nearly full highway speed, crushing my back wheel and pushing me forward about 30 feet.

I sat for a moment not moving, stunned by the airbags and the shock of the impact.  I grabbed my limbs with my hands feeling all around for broken bones–I was okay.  I wasn’t even scratched.  My car, though, as I later found out, was totaled.

Within minutes paramedics and a fire truck arrived.  Anne Arundel Police were on the scene so quickly, I thought they witnessed the accident.  All I could think about was calling my wife and picking up my boy from school.  Officer Donohue was extremely helpful.

I know what to do after an accident.  As an insurance agent and former claims adjuster, I’ve advised hundreds of people what to do after an accident.  But in those foggy moments just after a wreck, when nothing seemed to matter accept calling my family, it was great to have Officer Donohue guiding me through, reminding me to get all of my stuff from the car, and to not forget my carseat!  He even drove me home from the scene.  I’m immensely grateful that he was there.

I have some experience with Erie’s outstanding service, but this was different.  I got to experience first hand what makes Erie such a great company.  I called Erie directly and spoke to a real person from the beginning!  Within a few minutes of filing the claim, I received a call from Enterprise Rent A Car to schedule a pick-up for my rental.  Moments later, I received a call from Brian Hall, a long time Erie Material Damage Appraiser, checking in and explaining that he would go down to the tow yard and appraise my car that day and have it moved to a shop near my house.  Bethany Hull from Erie claims called and took a statement from me, then contacted the other insurance carrier to begin recovering my deductible.  By that afternoon Brian had explained to me that my car was a total loss.  And by that afternoon, I still had not received a call from the other insurance company.

The very next Monday, I met Andrea at the Silver Spring Branch of Erie Insurance and picked up my check.  On Tuesday, I received a letter from the other insurance company stating that they would be in touch with me regarding my claim.  But, by Saturday, I had my new car, thanks to Erie. 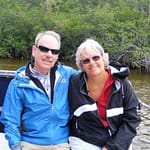 They stand by you when you have a issue.Debbie C., Millersville, MD

My immediate and extended family have been using Donius Insurance for decades...Zachary M., Millersville, MD 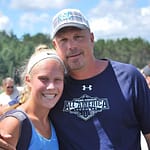 You have been invaluable to us for a very long time.J W., Millersville, MD
CR
I'm never disappointed when I need something from Donius Insurance.Concetta R., Glen Burnie, MD
See All ReviewsSee All Reviews